Everyone is invited to Hall 10.1 Booth A 20 to witness a classic in the making

Hound Picked Games is excited to announce that solo developer, Falkenbrew, will be showing Devader – Invasion of the Krin at the Indie Arena Booth on a custom arcade machine! Media and gamers will have opportunity to play the game, meet and interview the creator.

It’s a Kind of Magic

Devader is a defensive, multi-directional shoot’em up that brings back the magic of the 90s in a fresh new take. With frenzied action and unusual mechanics Devader will keep players challenged and entertained. Take on the hordes of attacking enemies with 1-4 gamers in local co-op. The procedurally generated, gyrating, pulsating and undulating creatures are as exciting to view as they are satisfying to kill!

Devader pits the player in a fight against the ‘Krin’, ominous invaders demanding everything from your battle skills, awareness and strategic acumen. Fight wave after wave of cruel, challenging and ever-changing enemies with your powerful energy guns, while placing turrets and blasting large packs of vermin with nukes. Wield powerful weapons as you strategize to find the best method to defeat the invaders, whilst protecting the core. Bosses attack with tentacles, lasers, lightning beams and thousands of projectiles.

Will you be able to defeat them? Devader offers a wealth of possibilities, hours of gameplay and 17 unique endings.

“I’m really happy to be at Gamescom showing Devader to the public. I only found out at the very end of July that I would be one of the lucky games in the arcade section of the Indie Arena Booth. This will be my second Gamescom and I am delighted that I get to interact with players, press and influencers and listen to their feedback.” Marc Breuer, IATC. “I’m pleased to add that Hound Picked Games will help me cope by co-publishing and promoting Devader.

SEEING IS BELIEVING – Devader IS WORTH SEEING

See Falkenbrew and get a hands on of the game, on a custom arcade cabinet, at Gamescom Booth Hall 10.1 / Booth A 20 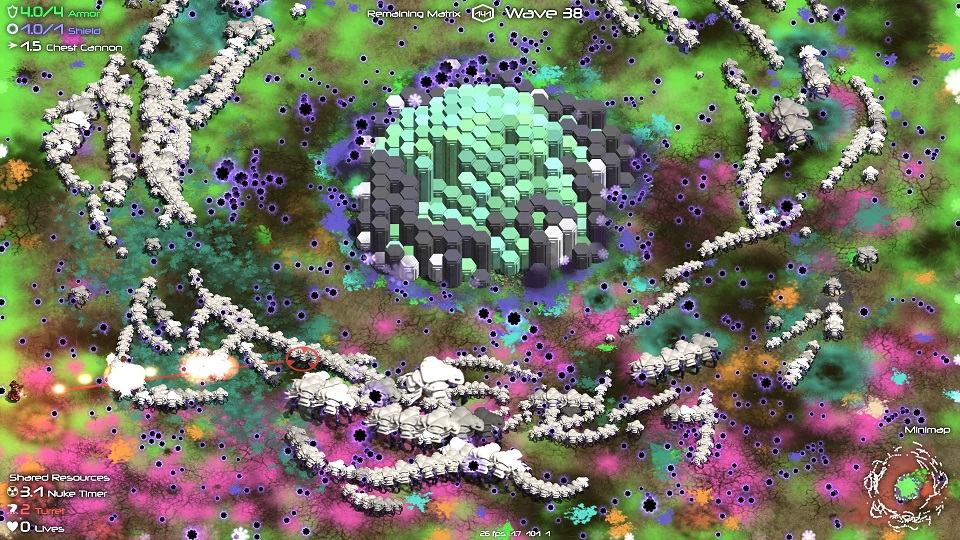 Brought to you by the award winning team at PR Hound – Hound Picked Games specialise in, teaming up with, and co-publishing the quintessential indie game releases.